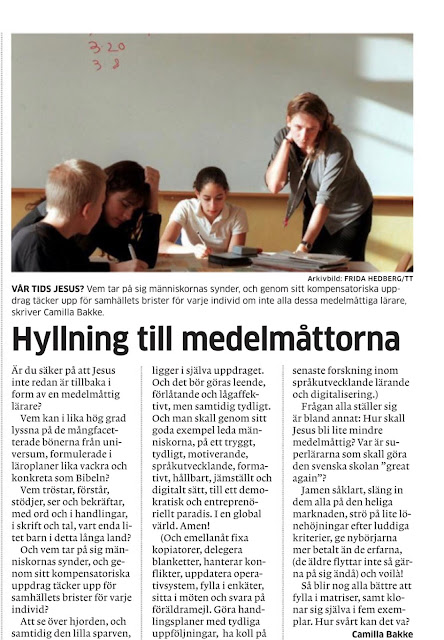 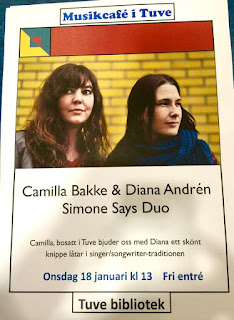 It has been a while

It has been a while since my last last update, at least musically related. I have been spending time with my family, working, reading and thinking a lot, but I have also been writing songs. So last friday, I got to play some new songs with Diana, at the cosy club #aktersalongen at the boat Marieholm. Here is a video of one of the songs: This is.

Diversity that confirms the norm

I just started watching ”Cloudy with a Chance of Meatballs 2”. Then I stopped to write this.

This is just such a perfect example a typical Hollywood "children movie", who´s ambition
when casting the characters seems to be to make it diverse and reflect a range of different people, but the way they do it actually confirms the norm:
Look at the picture: 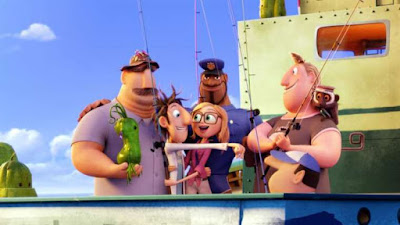 One, the main character is white, young male.  Then you got:
One ”old”
One black
One latino
One fat
One amimal
One woman (The Girlfriend)

They all differ in one, and only one, aspect from the male, young, white norm.

So the woman is not black. Or old.
The monkey is not a she.
This is also why you dont have four different female characters and one male.
Because that would not fit the genre. That would be a ”girls movie”. Now it´s a "children movie". But it is not neutral, it is very strongly based in old patriarchal and colonial norms.

The same patterns we find in other stories
Winnie the Pooh
Donald Duck
Peter Pan
most ot the Adam Sandler movies.
The lego movie
The Harry Potter movies (in general)
And a bunch of other films

I would like to have a labeling or classification on films on Netflix and Apple TV, to help me pick out better films for my children. It could be based on a count on female caracters, or use the Bechdel Test to analyze the gender balance in the movie. That is just a start, until the movie industry changes for the better in more aspects.

Check out and like the Geena Davis Institute on Gender in Media page for more updates on changing the male dominated movie industry.
Upplagd av Camilla Bakke kl. 17:49

I am re-reading Eckhart Tolles "A new Earth".  I highly recommend you to read it if you have missed it. It is an amazing work of spiritual philosophy (not a new philosophy perhaps, but new metaphors made for a modern world)... a bit heavy at first, but worth the struggle. It works for religious people as well as spiritually interested non-religious people. Above all it shows you another dimension in life that we so much forget in our society. The dimension of space, silence and divinity, to be accurate ;)

Speaking about dimensions, I have removed one from my life lately, and that is social media. No Facebook or Instagram for more than a month now.  I have been active on social media at least five years; with some updates every week, and daily interactions. I am still checking in sometimes to see whats happening with my friends, like a digital ghost, reading but not interacting and no sharing. It was hard at first to ignore (and be ignored). I felt first like a very unfriendly, non-caring person, letting people down.  And later invisible, almost dead. And after that: Relief.

And now I see what I needed a break from: The ego on the Internet (in Tolles terms).  Like self designed avatars of our real selves we interact with each other, through our egos. (Probably you have to read Tolle to get this). And then there is the like-algoritm;  everything is always measured in one way of the other, it triggers our most basic needs for love and confirmation, and easily creates an addiction, and just like money, it is countable, concrete, worthless when it really matters... and you never get enough. And then there is the the filtering system on Facebook that gives you news and ads based on what you already "like" and thereby just confirm your world perspective.  I once hoped Facebook was a good place for sharing thoughts, but I think its are getting worse and worse..  And at last: The over-connection: You just can't keep up that many relationships  so communication gets superficial, included with people you have a much deeper connection with.

Some day I guess I will go back, because I miss sharing good stuff. But i don't know when, it´s quite nice to be here on the outside.

(Hey! Don't believe that all this has anything to do with the fact that I live a totally uninteresting life, and that I can't hide my age at photos anymore.  Nothing at all.. )

At Saturday we will record two new songs in Cezarys studio, "Pyramide" and "Love Binear". These are quite new songs, we played them at our last gig. We have been rehearsing for a while now, trying out different arrangments. Excited to see how it works!
Upplagd av Camilla Bakke kl. 17:03

Some photos from our last gig, at the mini festival called "Last days of the summer" (Sommarens sista dagar): 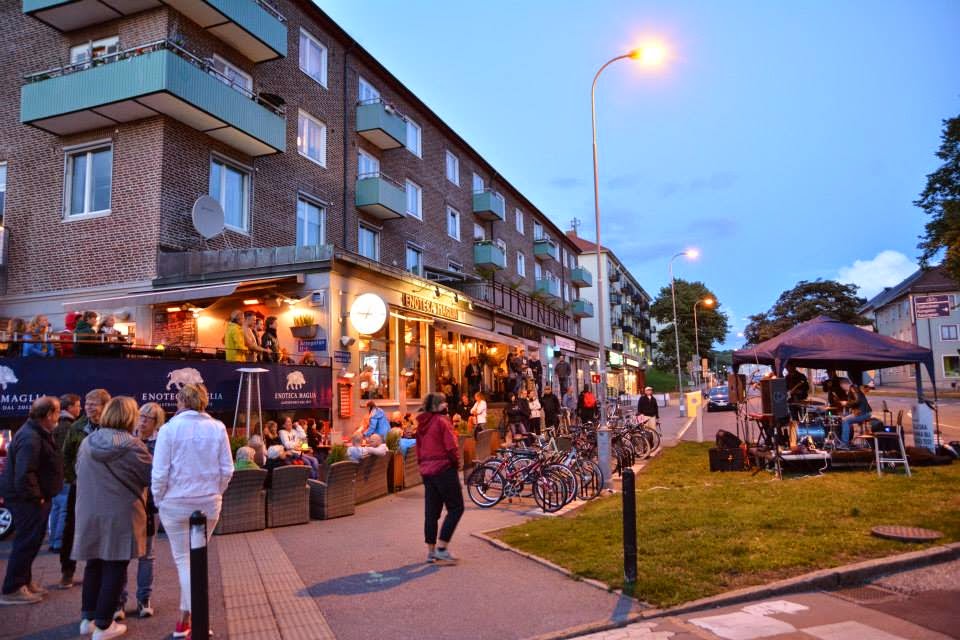 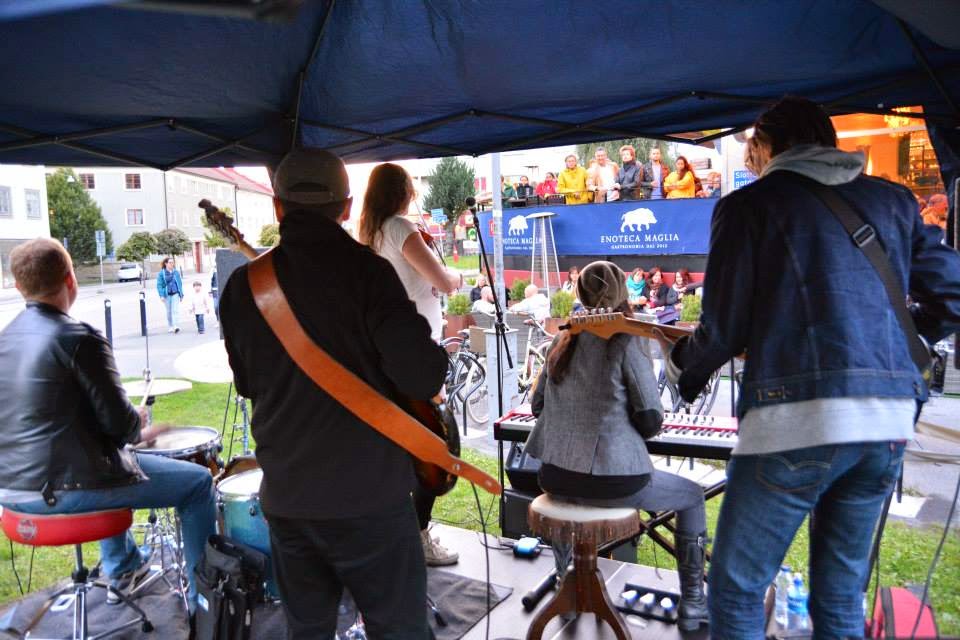 You can see more photos from this event here. A very pleasant evening, with friends and local people filling up the restaurant and streets. Last days of summer indeed, a bit cold, and now summer is definitely over.

I´m also glad to discover we were featured in Justin Wayne Show recently (ca 17 minutes into the show) with the song "Waiting for the Rain". Over all, I am very grateful for people listening to, and spreading alternative music: Bloggers and podcasters who work nonprofit open our ears and our hearts to new music. And also people taking their time to comment when they hear something they like; like getting a mail from a lady writing after the last gig where she gave me thanks for the lovely music outside her window; it means a lot.

Because it is a struggle. Now we´re at that stage that we have tired out our Facebookfriends with band updates... and the people who actually like our page (on Facebook), cant see our updates because of the algorithms. It´s too much information out there, and I guess it´s too much music as well. It´s a jungle both for the bands and the audience. So, how and where to find "our" listeners? How do we know that what we make matters? And I´m not talking about money, we still mostly "pay to play". Well, it´s a hard, but as Elisabeth Gilbert said, on thoughts on writing: " It´s not the worlds fault that you wanted to be an artist. (.. ) so get back to work".  Quite harsh, but true. It´s a commitment. There´s nothing to do with the lousy conditions for musicians either, now in the middle of the digitalization paradigme shift. I guess it´s just to accept things as they are right now, and "get back to work".  But to be honest, it´s also a priviledge, because of what I mentioned above. To have the resources to have this expensive hobby, and to be able to take the time. And it´s a priority. (We for instance, still live in a flat one size too small.)

Swedish elections are coming up and the atmosphere is very political. For those who wonder am I supporting the Feminist Party in Sweden, because I really think it is a perspective that has been undervalued too long.

Last but not least: Here is a rehearsal studio recordning (at Cezarys studio) of a new song me and Diana performed at last gig. One take, no editing. It´s called Eagle, working title "Flying dream". Speaking about struggles and new ways to look at things, and wanting to escape from earthly problems... can´t we just do that?  The lyrics are written together with Sara Lindalen.