Some photos from Simone Says gig at Grekisk Kolgrill och bar, Göteborg. 27th of January 2013. First there was a quiz, then our concert, then open stage with a several of nice acts. All tables were booked, it was a nice atmosphere, and it was fun playing there. I think the trio concept worked very well, for a smaller place like this. 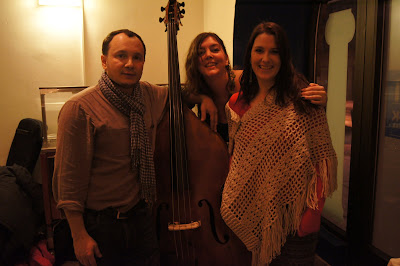 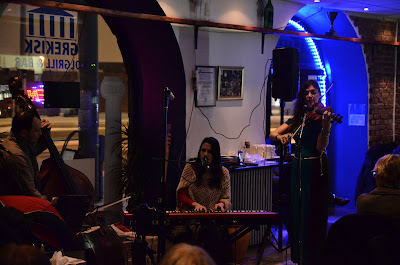 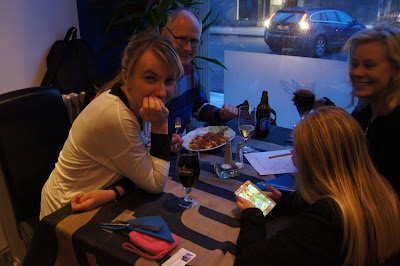 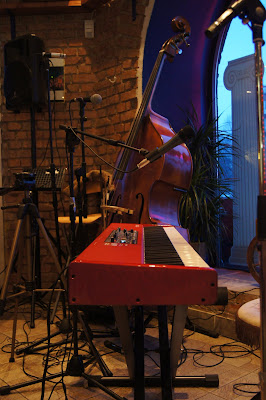 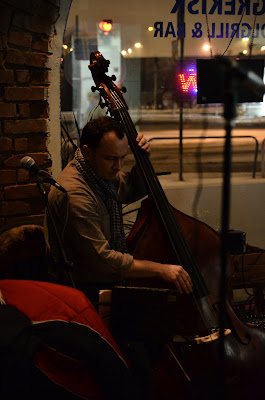 Cezary who has learned all the songs now in two months... 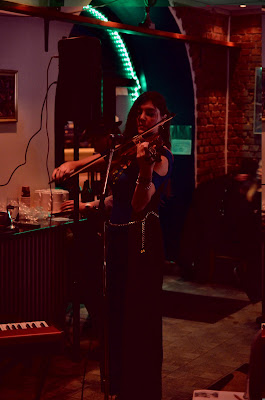 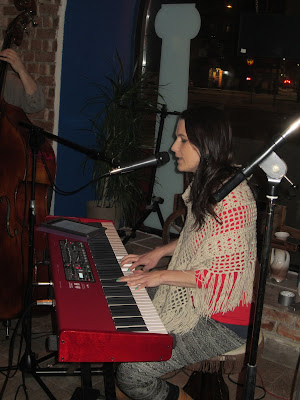 Me behind the keys 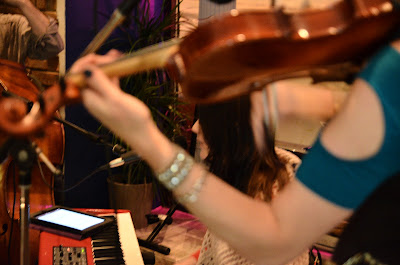 Nice shot of Raysan Ismail. He and Cezary took most of these photos. 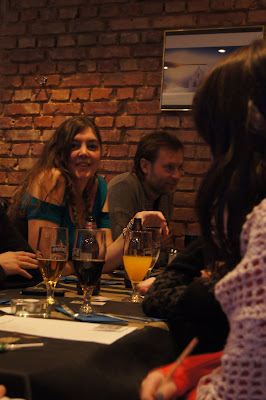 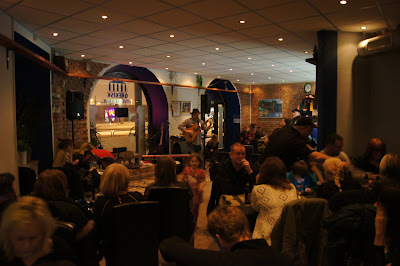 It was snowing outside and really cosy inside. Here is the arranger State on the Open Stage after. 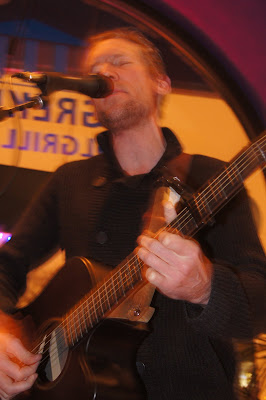 Thomas Fridner and Diana played at the open stage (The New String Theory). They will perform at this club the 24th of February, and I will play the piano for them on one song, and perhaps appear at the open stage doing some songs after that. 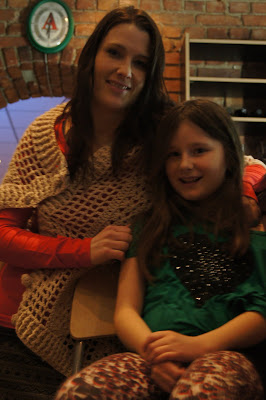 My children was there too, having a good time 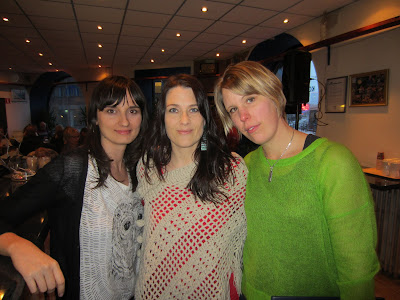 My friend and spanishteacher course mate Ania (left) came all the way from Poland for the concert (and for seing Gothenburg.) So nice! Another collegue Lisa at the right.

Here we got an ad in GP before the concert, great! 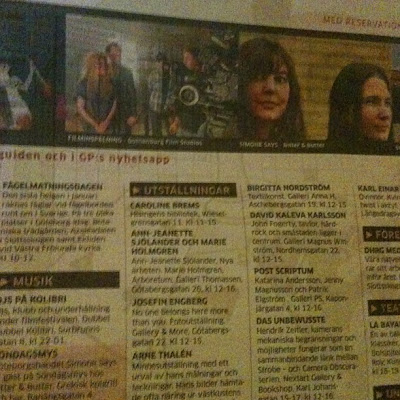 It was a succecsful arrangment, and thanks to State Lycke this club will continue every second sunday.

Now it´s a while until the next gig, and we will work on recordings and I have booked a weekend in a studio in March. So long! :)
Upplagd av Camilla Bakke kl. 16:07